Hi. I ... love being challenged, feel excited solving a tough coding problem, love the satisfaction from writing elegant code, get a great sense of accomplishment and personal pride, and even if I didn’t get paid for doing it, I’d likely do it anyway.

My name is Igor and I'm a software engineer living in Chicago. I've been programming for more than a decade and hold a Masters Degree in Software Engineering.

I specialize in large scale web applications using popular frameworks, but enjoy working on projects of all types and sizes. My ability to adapt to new challenges and my strong passion with the latest development technologies can help you stay competitive and create value for your company. I understand your goals and expectations for professionalism as well as quality and my experience gives me a broader sense of what is best for your business.

Feel free to contact me if you need help with your next project. 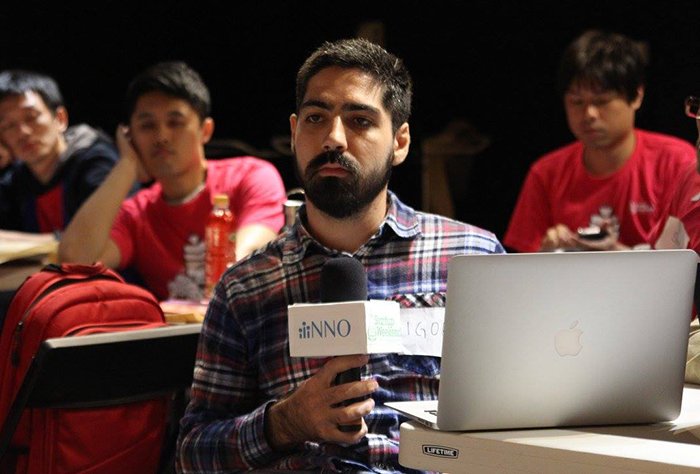 By splitting the project into deliverables, understanding the core needs and writing clean code, I can ensure on time delivery and happy clients.

My top priority is to give my clients high-quality, professional deliverables. I stand by the quality of my work.

I love challenges and puzzles and I am constantly learning and improving my skills.

More about me, and my life.

I spend countless nights learning, building, and growing my professional skills in the world of software development. I am highly motivated and very dedicated person.

Most good programmers do programming not because they expect to get paid or get adulation by the public, but because it is fun to program.

You have to make something that pleases you and hope that other people feel the same way.

Ideas are easy. Implementation is hard. It doesn't matter how slowly you go as long as you don't stop.

During the years I have worked for many clients on various projects using the following technologies:

I believe that quality education is the foundation of one’s success in life, so I am pursuing a second MSCS degree from the Georgia Institute of Technology, with a specialization in Computing Systems.

The Beginning of Time

I have extensive experience in software engineering having worked within corporate and agency settings on various projects like billing systems, e-commerce applications, blockchain, IoT and various SaaS applications.

Working on various enterprise projects within Rotary, maintaining existing projects as well as helping Rotary build a new platform for their clubs and members which provide medicine, clean water and food supplies for developing countries.

Since February 2021, working as a tech lead for the Webops team, focusing on development, code review and deployments.

TThe projects focused on either healthcare or education with a few outliers. The project summary include developing various features for a social media/art marketplace platform, developing an online platform for selling cryptocurrency in Elixir, integrating payment gateway for Bitcoin using Block.io API, working on an application in the healthcare industry with Elixir and Ruby, developing features like real-time chat over web sockets, patient's case-notes used for reporting and invoicing, assessments, Python scripts for parsing CSV files, unit testing various components during development to detect and correct errors. Using Python's Pandas library to do data analysis on large data sets from a healthcare company. Working on a platform for certifying software engineers, designing the system for exams, architecting a new centralised system for managing exam sessions, building a exam report functionality and doing API integrations with a Java exam service running on another server. Providing help to new developers. Supporting the clients for bug fixes, deployment and code/infrastructure improvements to meet quality requirements. Learning a lot about the process of running a software consultancy firm as well as directly dealing with customer's requests and expectations, working under tight deadlines and improving self-discipline.

Developing new functionality for the ISP’s existing billing and user management system. After the company introduced TV service, I developed new functionality to support billing of the cable TV service. Developing a solution for Product/Warehouse Management for the personal needs of the company. Daily administration of CentOS systems including automation/updates, backups etc.

I live in Chicago, USA

Thanks for contacting me!